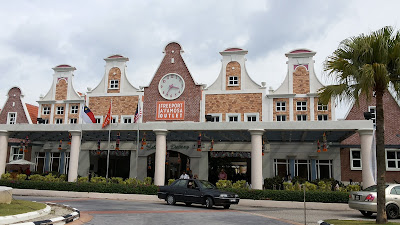 This is apparently one of the favourite weekend getaway among the locals, be it the local Malaccan people or other domestic tourists. It had been open almost three years ago, but it was only today that I had the chance to check it out.

Freeport A’Famosa Outlet is, simply, a shopping mall similar in concept with the Johor Premium Outlet (JPO) in Johor, or the Mitsui Outlet in Selangor. It is a one-stop centre for factory outlet products of various brands; it houses brands such as Levi’s, Sacoor, Crocs, Triumph, Kickers, Esprit, Clarks and Hush Puppies, amongst others. It is not as big as the JPO, with less choice of brands compared to the latter – nonetheless the real attraction would be its architectural design.

The design is inspired from Dutch architecture, chosen due to Malacca’s past being a part of the Dutch colony in the 17th – 19th century. The main highlight is the windmill, situated at the centre of the mall. You can climb a flight of stairs to get to the floor above. Freeport A’Famosa Outlet offers plenty of photo opportunities that attracted the swarm of local tourists in the first place. 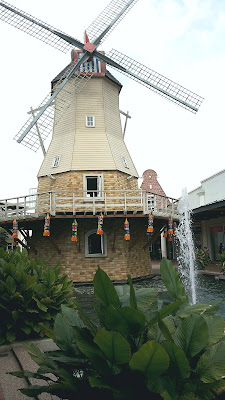 When I arrived at around 3.00 p.m., the allotted parking spaces were full. However, there are still plenty of clearings around the parking area that people can use to park their cars.

I walked towards one of the two main entrances, accompanied by the aroma of KFC wafting in the air. Plenty of food outlets are also available here apart from KFC, such as Pappa Rich, Auntie Anne’s and Marrybrown. 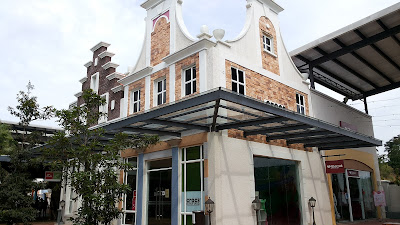 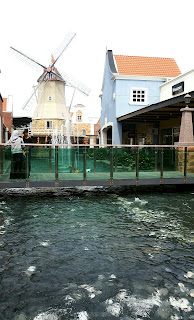 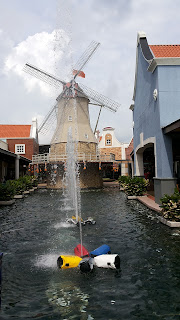 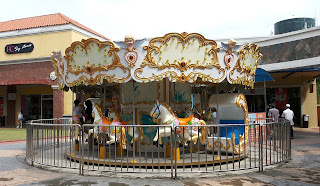 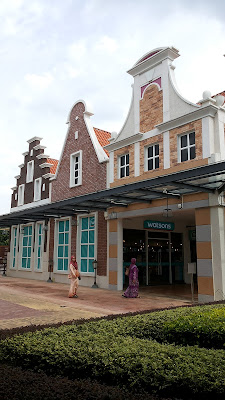 How to Get There:


On the North-South Expressway, take the southbound route and exit at Simpang Ampat / Alor Gajah / Tampin (Exit 227). After you pass through the toll plaza, you will arrive at a small roundabout. Ignore the roundabout and turn left. Drive straight on until you arrive at a junction with traffic lights. Take the left turn. Continue straight on – don’t worry about the narrowing road with twists and turns; you are on the right track. After you cross a bridge, you will then see your destination on your right.