Gua Kelam literally means The Dark Caves (or The Cave of Darkness, as written on one signboard in the area). Gua Kelam is further north, and you will be driving through remote territories. I didn’t encounter many cars on the way there. With no help from the GPS, I just followed the signboard that says Kaki Bukit, the town where Gua Kelam is situated. As long as I can still see the signboard or the mile stones that stated “Gua Kelam”, I know I’m on the right track.
Historically, the area used to have tin mines, and there were remote villages separated from each other by limestone hills. Gua Kelam, which is a natural cave believed to be formed by the stream underneath, were discovered connecting the separated towns. Boardwalks were then build inside the caves, and Gua Kelam functioned as the main route for villagers, apart from being used to transport tin ores.
Entrance fee is just RM 1, and you can enjoy all the fascinating geological formations inside the million-years old cave. Coloured lights added more dramatic effects on the formations. Here are oh-so-many pictures I took inside the cave (I particularly enjoy appreciating the beauty of cave interiors, FYI). Sorry some pictures are a bit shaky! 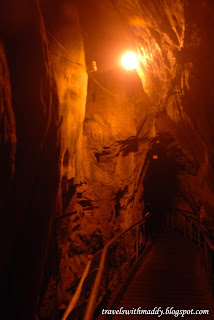 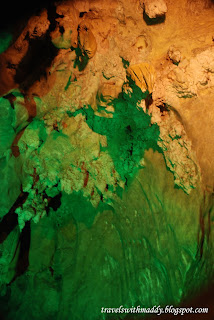 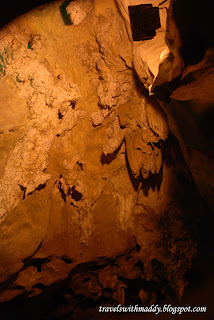 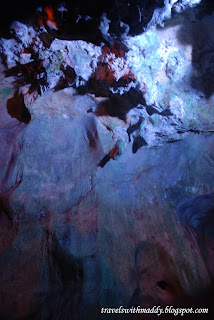 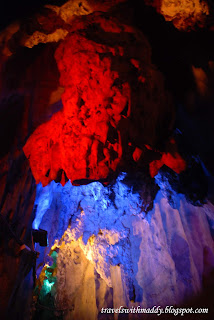 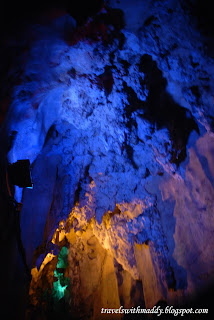 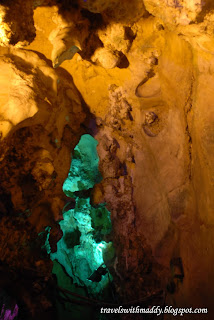 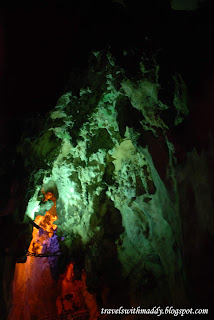 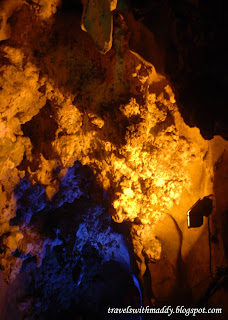 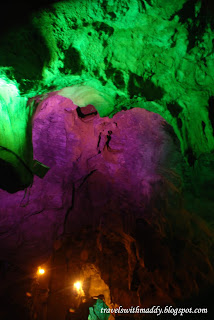 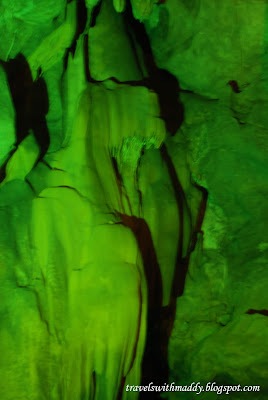 This one: do you see a hawk or a tortoise head with its mouth wide open? 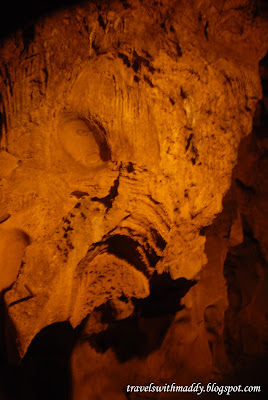 And this one - what do you see?
Halfway through the cave, I came across a group of local men holding plastic buckets underneath a few stalactites. Obviously, they were collecting the water dripping from the stalactites. Curious, I asked them what they were up to. According to the men, it is believed that the water can heal victims of black magic. Intriguing, huh? 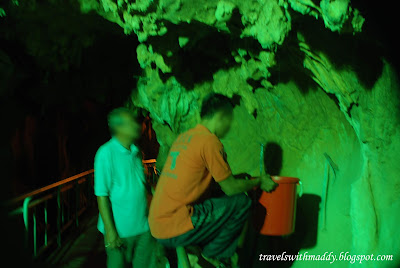 These two men are collecting cave waters to sell to traditional healers.

FOOT NOTE: Traditionally, the Malays believed that some people use black magic to cause devastation to the lives of others, typically their rivals or enemies. If they succeeded, the victim usually succumbed to a mysterious illness in which the conventional doctor will never be able to diagnose. For example, the victim might claim that they got the fever because they felt so cold, but when checked by a doctor, the victim’s body temperature is actually normal. Other ‘symptoms’ usually mentioned when somebody is hit by black magic is that they will start to cough and vomit blood (which can sometimes contain sharp items like small knives or daggers too). Back to the men in the caves, they were claiming that water sourced from a cave can heal victims of black magic.
I then left the men and continued my walk. I found many more interesting formations, one of it shaped like a traditional Malay drum called gendang (according to my eyes). Another formation resembled the Pamukkale hot water pools in Turkey, but of a smaller scale. Interestingly, when I look close enough at the surface of the structure, I realized that it actually glitters. 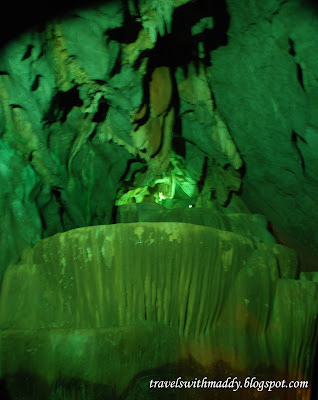 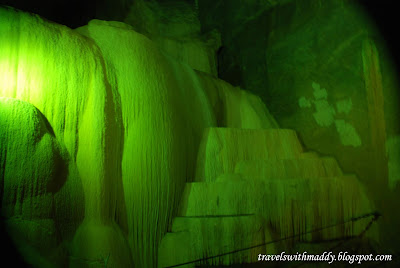 I think this one has a resemblance to the Pamukkale hot springs. 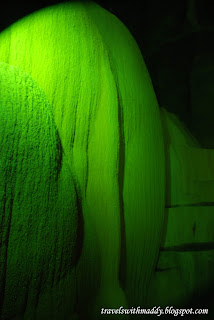 This formation seems to sparkle and glitter in the dark. 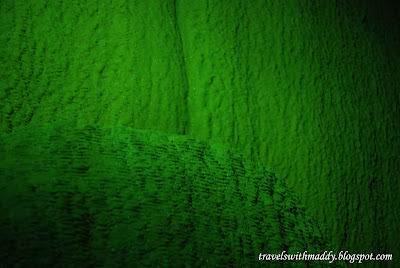 A close-up of the glittering and sparkling surface.. I tried my best to capture it!

Finally I arrived at an opening, which meant that I have arrived at the other side of Gua Kelam. I saw the signboard stating “Secret Garden, Gua Kelam”. Lush greenery met my eyes. Rolling limestone hills. And crystal clear waters. Everything is unpolluted, though the gardens are not 100% natural. No need to say more, just look at these pictures and it will tell you how beautiful the place is: 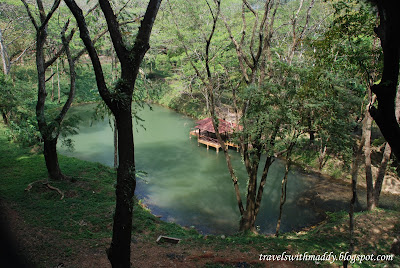 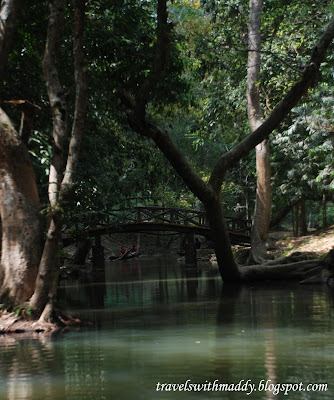 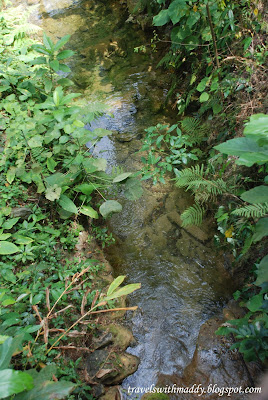 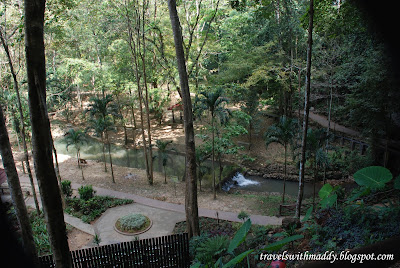 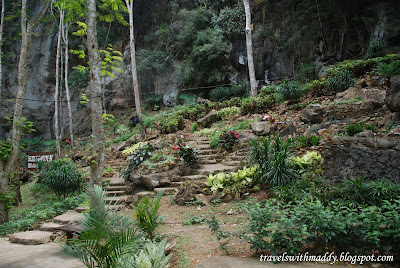 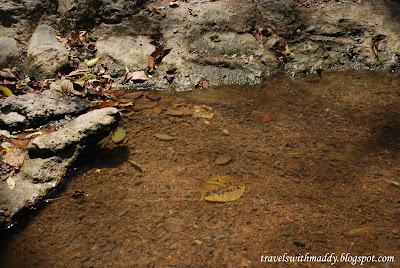 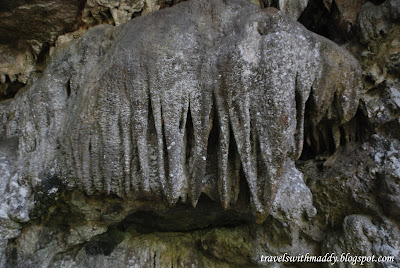 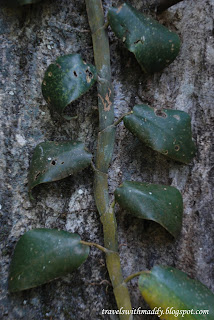 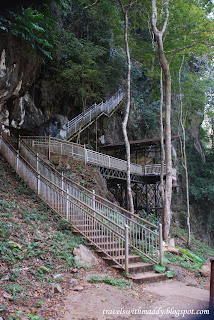 This staircase (pictured on right) leads to another cave which must be explored with a guide.

Failing to resist the clear waters, I carefully tiptoed to the edge of the pool to dip my feet. Unfortunately, the rocks by the banks were very slippery that I fell down into the (luckily) shallow water. I got my underside thumped on the slippery rocks first, and my right ankle hit the hard pebbles underwater. Ouch!
I strolled around the area for quite a distance and realized that in order to get back to my car, I have to cross through the cave once again because the two sides of the caves are separated after all. And so my Gua Kelam exploration ended with a bruised ankle and a soiled t-shirt.